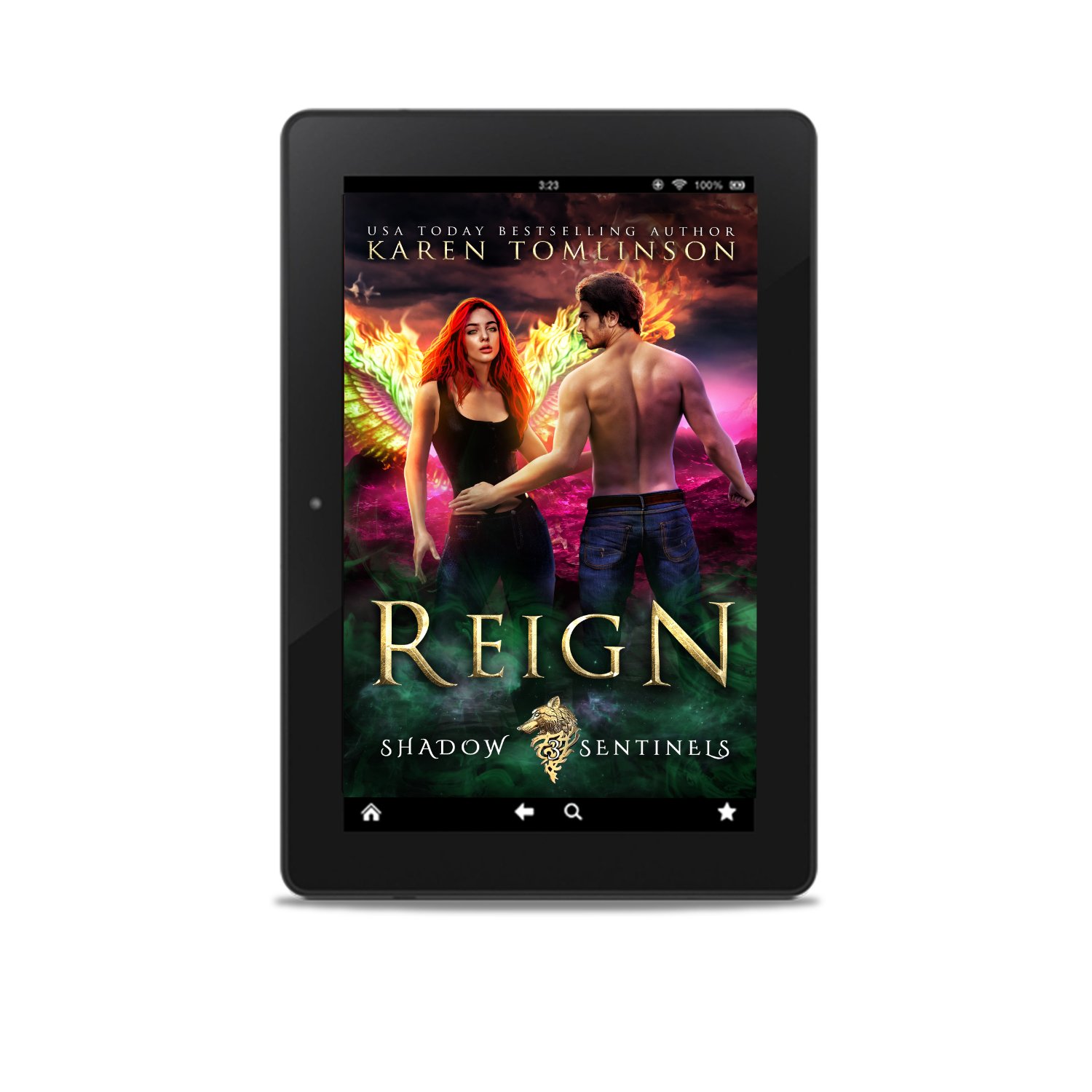 I’m excited to share this first unedited teaser from Reign! Remember this series is aimed at 18+ readers so this teaser contains some cursing etc, (just saying…)  Preorder HERE

Connor is really pissed right now and down for a good fight…. I wonder who will take him on…

“Hey, boss, you found anything?” Kawan asked as he prowled into the room as wet as I’d been. It hadn’t stopped raining for weeks and England was more flooded than usual, even London’s streets were waterlogged, the drains overflowing. I just grunted at him. That was answer enough. He came and stood next to me, dripping all over the floor. I could feel his need to speak as surely as I could sense his hesitation to incur my wrath.

“Don’t fucking say it,” I growled.

“He doesn’t need to. You know as well as everyone else that the demons are overrunning this city. This Rift is now bigger than the one in the prison ever was. Something, or someone, powerful is feeding. We need to pool our resources into hunting demons, not expend them searching for Ember. She’s gone, Connor. For now, at least.”

My nostrils flared, my stomach knotting with anger. Everyone stopped talking. Slowly, I turned to face Stone. He was dressed in grey leathers etched with fae runes. Brotherhood. Strength. Loyalty. Bravery. Wrath. Those same runes were now tattooed down the strong column of his neck and across both of his pecs. Beside him, B’nar assessed me with his strange, pale green fae eyes. Side by side it was clear they were from the same race, and it wasn’t human; not by a long chalk. Together they looked a formidable pair—because they were. Myles and Reed walked in, their hands unclasping as they entered the room. I sensed Drake and Lionel behind me but didn’t bother to turn and greet them. As my brothers entered the room and power seeped heavily into the air, Lance and Ava looked up from their work station.

Lance crossed his arms over his chest and smirked. “Oh, this should be a good fight.”

Ava slapped the back of his head. “Don’t be a dick, loverboy.”

He rubbed it. “What? I can’t help it if I wanna see our fearless leader get his arse kicked. He did shoot us both and leave us for dead,” he muttered, knowing full well that I could hear him.

I ignored them both, my focus on my brother.

“Fuck you, Stone. We could hunt and kill every demon in this city and it would make no difference in the end, because if they sell her to the devil, he will invade this world and kill everything in it.”

How do you hone your skills?

How do you hone your skills?